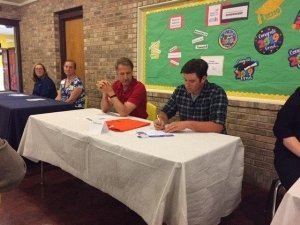 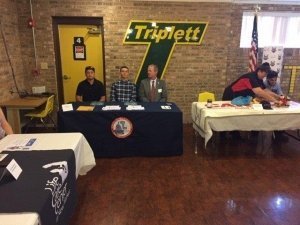 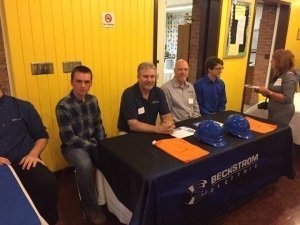 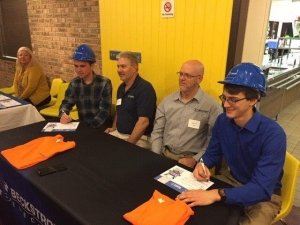 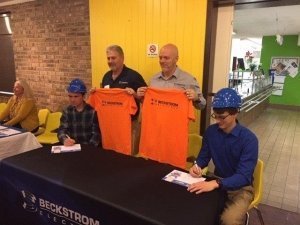 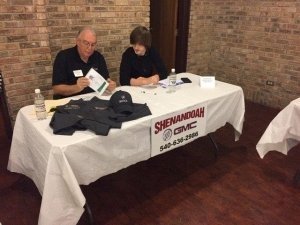 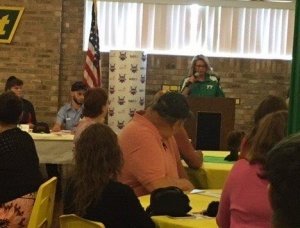 Triplett Tech was one of 300 schools participating in the first-ever SkillsUSA’s National Signing Day on May 8.  Twenty-one local students signed letters of intent to go to work or school, and local business partners were on hand to celebrate the students’ successes. The event was sponsored by Skills USA and Klein Tools, with more than 3,000 students honored nationwide.  Klein Tools provided either tools or other merchandise for all students being signed.

Students participated/signed in the following occupations: Carpentry, Electrical, Auto Body, Auto Tech, Cosmetology, Culinary Arts, and Health Care. Several of the students have already been working for their employers while taking classes or during summer breaks.

Two company sponsors of the Valley2Virginia Apprenticeship Grant participated in the signing. Beckstrom Electric signed/hired two graduates, one of whom will be competing in the National Skills USA competition in Kansas City in June. Trumbo Electric hired one electrical graduate, and the company’s owner praised a 40-year training-to-employment partnership with Triplett Tech.

There are no upcoming events at this time.